What are the primary threats to homes during a wildfire?

Research around home destruction vs. home survival in wildfires point to embers and small flames as the main way that the majority of homes ignite in wildfires. Embers are burning pieces of airborne wood and/or vegetation that can be carried more than a mile through the wind can cause spot fires and ignite homes, debris and other objects.

There are methods for homeowners to prepare their homes to withstand ember attacks and minimize the likelihood of flames or surface fire touching the home or any attachments. Experiments, models and post-fire studies have shown homes ignite due to the condition of the home and everything around it, up to 200’ from the foundation. This is called the Home Ignition Zone (HIZ). 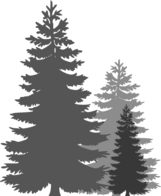 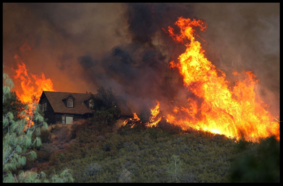 A wildfire or wildland fire is an uncontrolled fire in an area of combustible vegetation that occurs in the countryside (i.e., not in an urban area). Depending on the type of vegetation that is burnt, a wildfire can also be classified as a brush fire, bush fire, forest fire, desert fire, grass fire, hill fire, peat fire, vegetation fire, or veld fire.

A wildfire differs from other fires by its extensive size, the speed at which it can spread out from its original source, its potential to change direction unexpectedly, and its ability to jump gaps such as roads, rivers and fire breaks.

Wildfires are characterized in terms of the cause of ignition, their physical properties such as speed of propagation, the combustible material present, and the effect of weather on the fire. 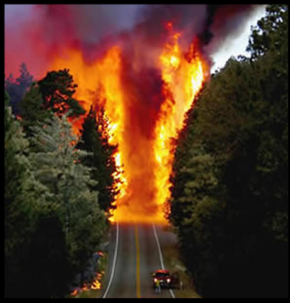 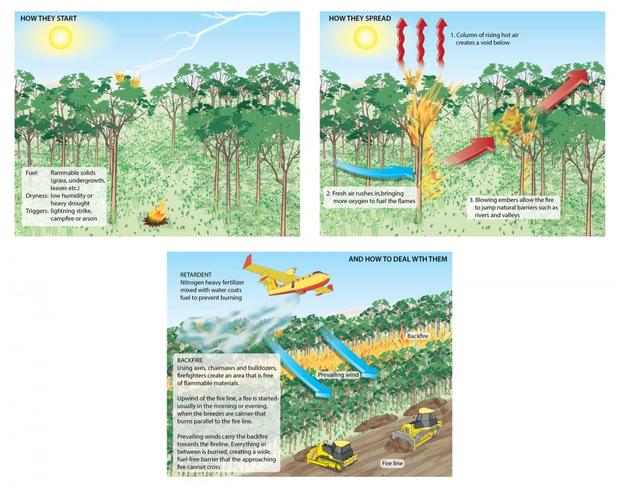 The home and the area 0-5’ from the furthest attached exterior point of the home; defined as a non-combustible area.  Science tells us this is the most important zone to take immediate action on as it is the most vulnerable to embers. START WITH THE HOUSE ITSELF then move into the landscaping section of the Immediate Zone.

Clean roofs and gutters of dead leaves, debris and pine needles that could catch embers.
Replace or repair any loose or missing shingles or roof tiles to prevent ember penetration.
Reduce embers that could pass through vents in the eaves by installing 1/8 inch metal mesh screening.
Clean debris from exterior attic vents and install 1/8 inch metal mesh screening to reduce embers.
Repair or replace damaged or loose window screens and any broken windows Screen or box-in areas below patios and decks with wire mesh to prevent debris and combustible materials from accumulating.
Move any flammable material away from wall exteriors – mulch, flammable plants, leaves and needles, firewood piles – anything that can burn. Remove anything stored underneath decks or porches.

5-30’ from the furthest exterior point of the home. Landscaping/hardscaping- employing careful landscaping or creating breaks that can help influence and decrease fire behavior

Clear vegetation from under large stationary propane tanks.
Create fuel breaks with driveways, walkways/paths, patios, and decks.
Keep lawns and native grasses mowed to a height of four inches.
Remove ladder fuels (vegetation under trees) so a surface fire cannot reach the crowns.  Prune trees up to six to ten feet from the ground; for shorter trees do not exceed 1/3 of the overall tree height.
Space trees to have a minimum of eighteen feet between crowns with the distance increasing with the percentage of slope.
Tree placement should be planned to ensure the mature canopy is no closer than ten feet to the edge of the structure.
Tree and shrubs in this zone should be limited to small clusters of a few each to break up the continuity of the vegetation across the landscape.

30-100 feet, out to 200 feet. Landscaping – the goal here is not to eliminate fire but to interrupt fire’s path and keep flames smaller and on the ground. 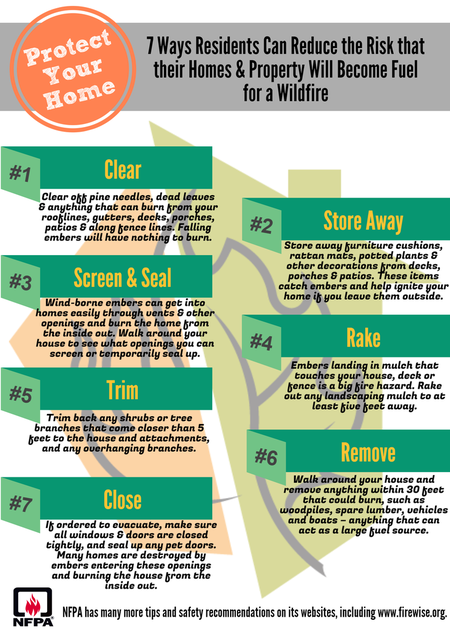 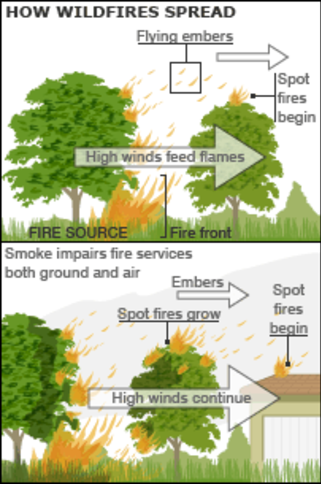 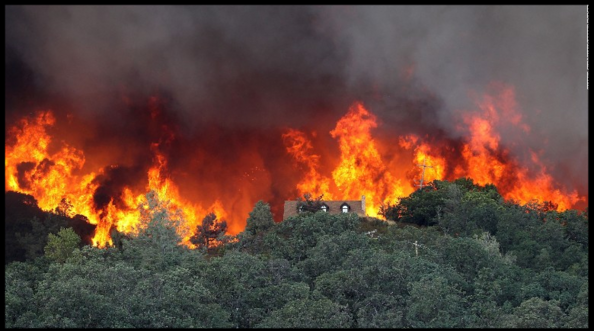 The spread of wildfires varies based on the flammable material present and its vertical arrangement. For example, fuels uphill from a fire are more readily dried and warmed by the fire than those downhill, yet burning logs can roll downhill from the fire to ignite other fuels. Fuel arrangement and density is governed in part by topography, as land shape determines factors such as available sunlight and water for plant growth. Overall, fire types can be generally characterized by their fuels as follows:

Ground fires are fed by subterranean roots, duff and other buried organic matter. This fuel type is especially susceptible to ignition due to spotting. Ground fires typically burn by smoldering, and can burn slowly for days to months, such as peat fires in Kalimantan and Eastern Sumatra, Indonesia, which resulted from a riceland creation project that unintentionally drained and dried the peat.

Crown, canopy, or aerial fires burn suspended material at the canopy level, such as tall trees, vines, and mosses. The ignition of a crown fire, termed crowning, is dependent on the density of the suspended material, canopy height, canopy continuity, and sufficient surface and ladder fires in order to reach the tree crowns. For example, ground-clearing fires lit by humans can spread into the Amazon rain forest, damaging ecosystems not particularly suited for heat or arid conditions.